REPORT
Dangbo is a city in Benin of just over 110,000 inhabitants located in the Department of Oueme and is about 30 minutes by car from the country’s capital, Portonovo, and about an hour from the city of Cotonou, which is where the country’s main airport is located, the one that receives all international flights (Cardinal Bernardin Gantin Airport). Connections with Royal Air Marocq (as with most African countries) are the best, as you can fly via Casablanca from Madrid, Barcelona, Malaga and Gran Canaria. The dominant religion in Benin is Roman Catholic (although it doesn’t reach 50% of the population), which is why there are Catholic religious communities in the country, the most important of which is the Sisters of the Redeeming Love of Jesus of Benin, a Catholic religious order in this small African country. Benin has a republic government and the situation in the country (although it borders Burkina-Faso in the north) is quite calm as far as we have noticed.

The community of religious sisters is composed of five nuns or sœurs (the official language of the country is French and the currency is the Central African franc), and they are the ones who control and administer the centre that provides health care to the local population, which is the Auberge de l’Amour Redentor de Jésus (Shelter of the Redeeming Love of Jesus). The Shelter or Hospital has three consultation rooms and a waiting room, a bedding area with separate space for men, women, children and puerperal women and a surgical block with a single operating theatre. This operating theatre is equipped with a fully functioning electric scalpel and a fully functioning general anaesthesia machine which we have used every day, and it is air-conditioned, making it one of the best I have worked in Africa. Sister Opportune is the one who runs the centre from an organisational point of view and it is basically with her that we have organised everything for the arrival. Sister Ruphine runs the surgical area, which also has a small autoclave for sterilising equipment and a storeroom where (to our surprise) the remains of previous campaigns carried out by other teams are neatly stored.

About five minutes’ walk from the hostel there is a relatively recent building owned by a local benefactor, which is made available for the accommodation of the members of the cooperation campaigns. It has three rooms with a large bed in each and an extra mattress on the floor, electricity and running water (hot if necessary) and also air-conditioning. Nothing luxurious, but the essentials for good conditions. We were not required to pay for the accommodation and the transport, food and drinks were provided by the sisters of the hostel, to whom we all agreed on a donation of 2500 US dollars. The food was always cooked in the surgical block in order to save time and we used fast food that we had brought from Spain; the dinner was always based on natural food (the sisters are self-sufficient with their farming) and it was all very tasty.

The team consisted of three surgeons (César Ramírez, in charge of the campaign, Pablo Muriel and Marta Roldón), two anaesthetists (Javier Mora and Esperanza Mata) and three nurses (Pedro Campos, María García and Manuela Dorado). We all met in Madrid on the 20th of May and from there we flew to Casablanca and then to Cotonou, where we arrived at the airport at 3am on the 21st of May, where Sister Opportune was waiting for us with two vans to take us and the transported material, a total of 370 Kg which included a Ligasure donated by Medtronic for the campaign and the usual for its development (sutures, sterile surgical fields, single-use and sterile gloves, gauze and compresses, sterilising solutions, meshes, 50 Ligasure terminals and 4 boxes of surgical material for endocrine surgery which are our property and always accompany us). The cities of origin of the team members were Malaga (Marta, Pedro and César), Lérida (Pablo), Valladolid (Manuela), Oviedo (María), Las Palmas (Javier) and Madrid (Esperanza). We have been accompanied on this expedition as a volunteer by Alejandro Moreno, a professional cameraman who has recorded during the whole campaign resources to be collected in a documentary.

The very day of arrival, Saturday 21st May, was spent evaluating the patients that the sisters had previously selected according to the criteria that I had agreed with Sister Opportune: hernias of all types, soft tissue tumours, goitres and abdominal masses, as well as any adult pathology that could require surgery.

On that day we selected 80% of the patients to be operated on and the remaining 20% came in the following days. The days of surgery were from the 22nd to the 27th of May, and except on Sunday the 22nd when we attended mass at 7am and started a little later, we had breakfast at 7am and started at 8am, each day lasting until 10 or 11pm when the established programme was finished. We worked each day taking advantage of the space in the operating theatre for two tables, separated by a wooden board, and giving preference to the general anaesthesia table for the more complex goitres and hernias. Although the return ticket was closed for Monday 30th May, as the surgical activity ended on 27th May, Dr. Marta Roldón, Alejandro our cameraman and I decided to return on Saturday 28th May and bring the ticket forward for personal and family reasons.

The number of surgeries performed were as follows:
-a total of 39 cervical endocrine surgeries, which included a giant thyroglossal cyst (a Sistrunk operation was performed) and 38 thyroidectomies (18 partial, 20 total) with no asphyxitic haematoma requiring re-intervention;
-45 patients underwent surgery for inguinal hernia, 7 of them bilateral and 1 associated with umbilical hernia;
-18 patients who underwent removal of soft tissue tumours such as lipomas of various sizes and sebaceous cysts;
-3 surgeries for deforming eventrations in which eventroplasty was associated with an abdominoplasty;
-1 superficial parotid adenoma;
-5 patients with keloids of varying complexity in different anatomical regions;
-5 patients with mixed pathology cryptorchidism, hydrocele and hydatid of Morgagni;
-two women with Phillodes breast tumours.
-The total number of patients operated on was 118 and the number of care processes treated was 139 in total. Up to the time of departure, and in the follow-up after one month with the sisters, we have not had any major complications.

It is important to mention that thanks to a 1500 Euro grant from the Bidafarma Foundation, we have taken to Benin LT4 thyroid hormone replacement for almost 3 years for the 20 cases of goitre in which total thyroidectomy was performed, as well as 80 boxes of oral calcium in case it was necessary and 150 boxes of Ibuprofen 600 mg which were given to each patient operated on for home treatment of postoperative pain.
Finally, I would like to thank Father Martin, who is from Benin and lives in Madrid, for all the help he has given in carrying out this campaign, which has been a real success.
Cesár Ramírez Plaza
Campaign Coordinator
Surgeons in Action 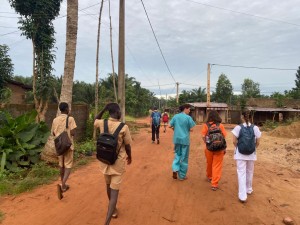 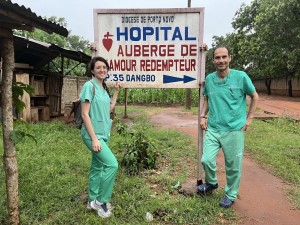 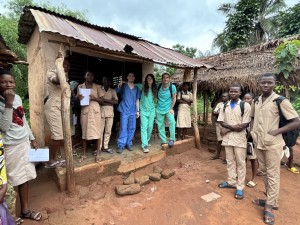 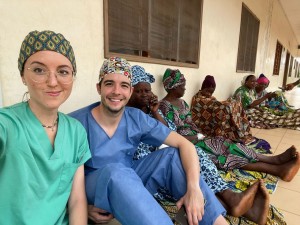 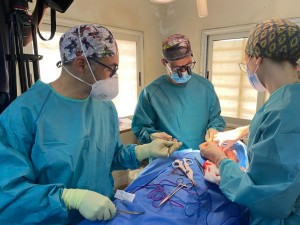 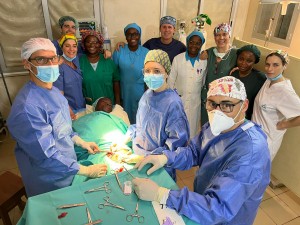 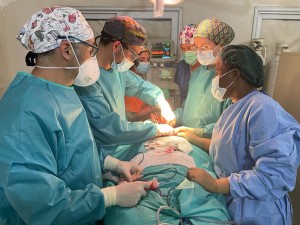 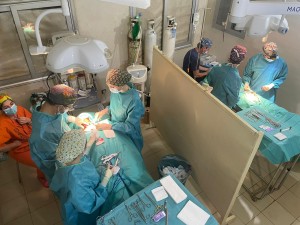 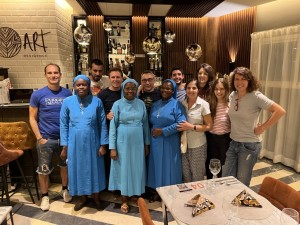 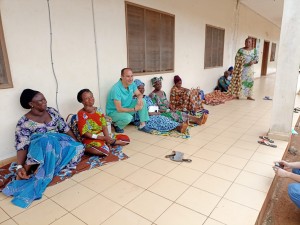 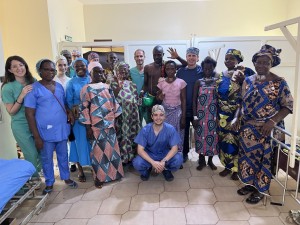 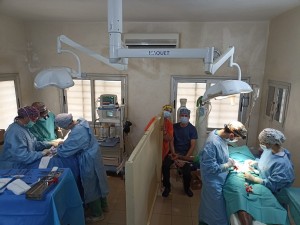 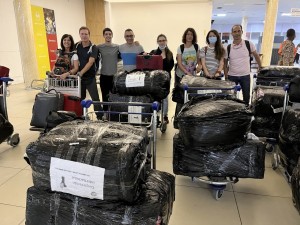